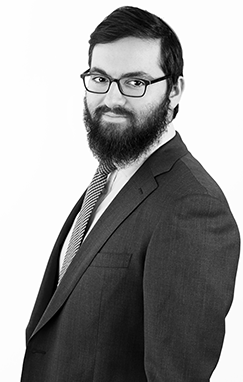 Aaron Deitsch is an associate in the Entertainment Group, where he works on transactional matters across the television, film, documentary, and podcast industries.

Mr. Deitsch also has significant experience in matters involving celebrity branding, where he has structured and negotiated endorsement deals and collaboration agreements for social media campaigns and merchandising arrangements.

He was recognized by Super Lawyers magazine as a New York-area “Rising Star” in the field of entertainment and sports in 2021 and 2022.

Prior to joining Frankfurt Kurnit, Mr. Deitsch was an associate at Romano Law PLLC, where he acted as production counsel on many film and television projects, both scripted and unscripted, as well as outside counsel to several record labels.