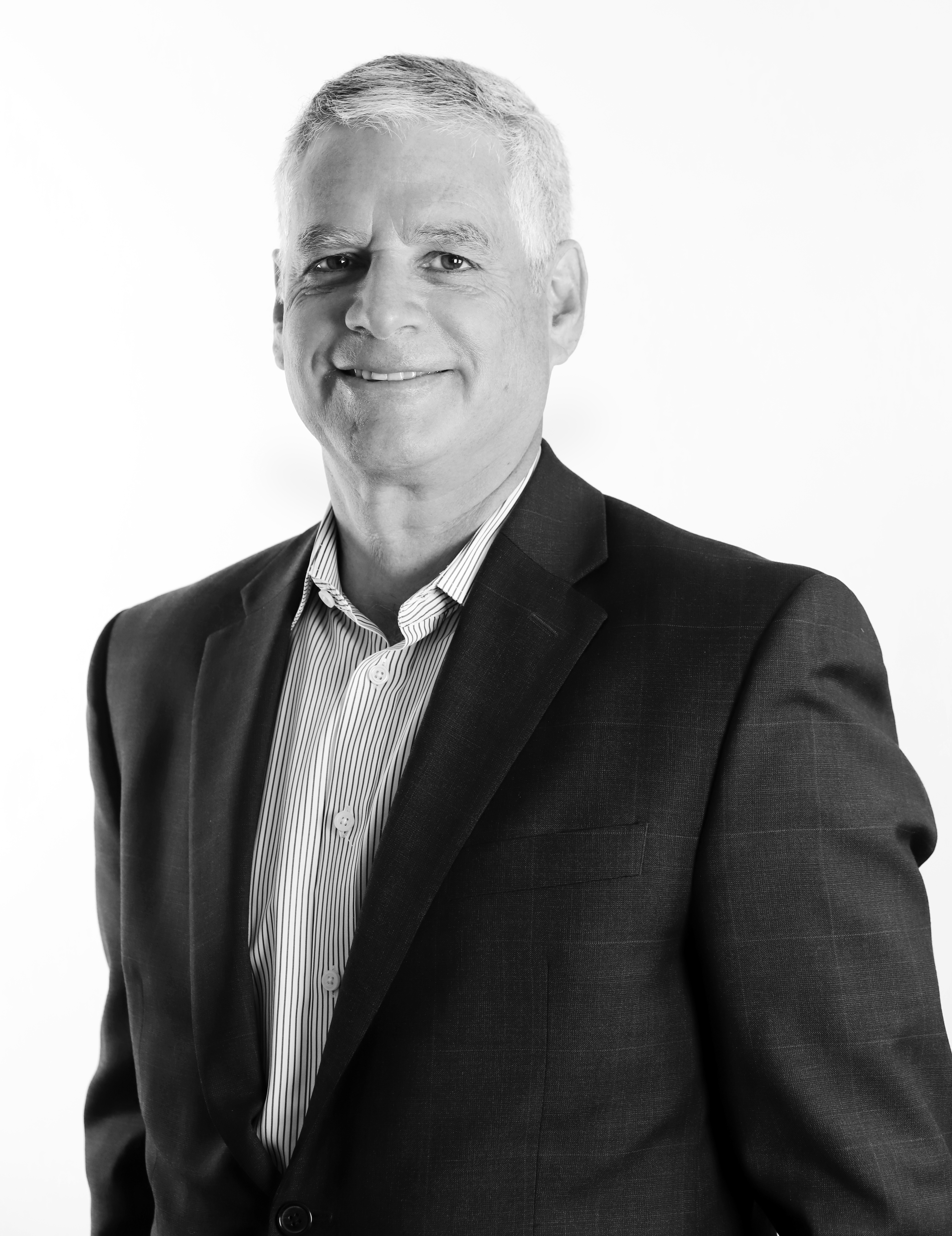 Jeffrey Marks is Chair of the Tax Group, and a member of the Corporate & Finance, Estate Planning, and Charitable Organizations Groups. He has decades of experience advising public corporations, closely held businesses, and individuals in a variety of industries, including financial services, media, live entertainment, and apparel. He is listed as a Super Lawyer by Super Lawyers magazine.

Prior to joining Frankfurt Kurnit, Mr. Marks was a partner at Fulbright & Jaworski LLP. He is admitted to practice in New York.

Two Places at Once: Employment and Tax Law Issues Raised by Remote Workers

Whether by stay-at-home order or by choice, remote work has become a lifeline for many employees and employers. But remote offices can raise difficult questions with huge financial consequences. When the “real” office is in one state and the remote work in another, which state’s employment laws apply? Which state's tax laws apply? The answers affect business owners, managers and executives in all industries. Read more.

Tricia Legittino and Jeffrey Marks present "State Employment Laws and Tax Requirements Relating to Remote Workers (Full-Time Employees and Independent Contractors)" during a virtual presentation for the 4As.

Jeffrey Marks presents a webinar "the New IRC §199A – 20% Pass-Through Business Deduction" for the Society of Digital Agencies members.

Jeffrey Marks co-presents "Navigating the Key Business Provisions of The Tax Cuts and Jobs Act of 2017" with Richard Levychin of KBL and Joseph Romano of Romano & Associates for members of the Entrepreneurs of New York organization.

Is a Seldom-Used Vacation Home a “Permanent Place of Abode” for NY Income Tax Purposes?

One outcome of the COVID-19 pandemic is that remote work arrangements (whether full-time or hybrid) are here to stay. These arrangements raise difficult tax issues when employees work from home in one state for an employer whose office is in another state because the patchwork of state income tax rules applicable to such arrangements are often inconsistent and confusing. Read more.

Among its numerous relief and stimulus provisions, the recently-enacted 2021 Consolidated Appropriations Act (the “Act”) authorizes up to an additional $284.5 billion for Payment Protection Program (“PPP”) loans and a new entertainment industry grant program for “shuttered venue” operators. Read more.

On August 28, 2020, the IRS issued guidance (PDF) implementing the August 8, 2020 Presidential Memorandum allowing employers to defer withholding and payment of the employee portion of FICA (Social Security) taxes for certain employees. The Presidential Memorandum and the IRS guidance are clearly intended to put more money in workers’ pockets -- at least temporarily -- but the program raises important questions for employers. Read more.

With so many people currently working from home, the IRS apparently thought it would be an appropriate time to remind U.S. taxpayers about the availability of “home office” deductions and, in particular, whether they can be claimed when filing 2020 tax returns next year. Read more.

The evolution of the PPP continues. On June 5, the Paycheck Protection Program Flexibility Act, which enjoyed bipartisan support in Congress and includes many changes designed to provide more flexibility for PPP borrowers, was signed into law. Read more.

On May 15, 2020, the SBA released its Paycheck Protection Program (PPP) Loan Forgiveness Application and instructions for its completion. The application must be completed and submitted by PPP borrowers to their lenders at the end of the eight-week covered period in order to obtain forgiveness of their loans. Read more.

On April 30, 2020, the IRS announced in Notice 2020-32 that expenditures of CARES Act Paycheck Protection Program (“PPP”) loan funds that otherwise would be deductible for federal income tax purposes will not be deductible to the extent such loan funds are forgiven pursuant to the PPP. Read more.

Individuals or corporations that have quarterly estimated tax payments due between April 1 and July 15, 2020 can wait until July 15 to make that payment without penalty. Read more.

The Coronavirus Aid, Relief, and Economic Security Act passed by Congress and signed by the President on March 27 (the “CARES Act”) contains a number of tax relief provisions for individuals and businesses intended to ameliorate the economic impact of the Coronavirus pandemic. Read more.

Last week, we told you about the U.S. Treasury’s decision to permit the deferral of tax payments until July 15, 2020. In a sign of the rapid pace of change in the current environment, the IRS on Friday issued a superseding notice, Notice 2020-18, in which it expanded the emergency relief previously announced in Notice 2020-17. Read more.

The Taxpayer Certainty and Disaster Tax Relief Act of 2019 (the "Act"), signed into law on December 20, 2019 as part of a spending bill to fund the government through September 2020, repeals the notorious "nonprofit parking tax" and simplifies the excise tax on private foundation investment income. Read more.

Does the value of a gift card offered as part of an advertising promotion reduce the taxable receipts from a sale for New York sales tax purposes? It is an important question for advertisers. Under-collection of sales tax can leave you liable for the underpayment, while over-collection can serve as the basis for a class action. Read more.

The Tax Cuts and Job Act of 2017, which was enacted on December 22, 2017 (the "Act"), contains several provisions that impact tax-exempt organizations ("EOs"). Some of these provisions impose new or additional taxes that may adversely affect an EO's ability to accomplish its exempt purposes. Read more.

As you probably are well-aware by now, the U.S. Congress recently passed H.R. 1 (commonly referred to as the Tax Cuts and Jobs Act of 2017) (the "Act"), and the President signed the Act on December 22, 2017. The Act embodies the most significant and sweeping changes in U.S. tax law since 1986. Read more.

One of the nation's most prominent video game associations has decided to challenge Chicago's controversial "Cloud Tax." Read more.

Appraisal Relied on by Estate Undervalued Paintings by $1.77 Million

Recently, in Estate of Kollsman v. Commissioner the U.S. Tax Court held that an art collector's estate significantly underreported the value of two artworks for estate tax purposes. The problem: the estate relied on appraisals by an auction house specialist who had an incentive to "lowball" the appraisals to win the right to later auction the works. In addition to this conflict of interest, the court found that the values reported by the estate were unpersuasive because the auction house specialist exaggerated the dirtiness of the paintings and failed to adjust his appraisals after one of the works sold at auction for approximately five times more than the reported value. Here's what you need to know about the case. Read more.

New York State's tax authorities have been investigating whether New York-area art galleries are properly collecting and remitting New York sales tax on sales of artworks, and a recent New York State Department of Taxation and Finance ("Department") Tax Bulletin has shed some light on several Department positions with regard to sales of property to out-of-state residents, one of which is important to gallerists, collectors and other art industry professionals. Read more.

On June 3, 2015, the New York State Department of Taxation and Finance (NYSDTF) issued an advisory opinion that will have a big impact on New York-based interactive entertainment companies. Read more.

In Notice 2014-21 issued on March 25, 2014, the IRS announced that it will treat virtual currencies (such as Bitcoin) as "property" for U.S. federal tax purposes. Read more.

The current Federal estate, gift and generation-skipping transfer tax exemption amounts are projected to increase in 2014. Here are he projected adjustment, compared to 2012 and 2013. Read more.