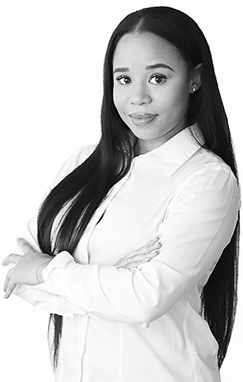 Kristian Brown is an associate in the Entertainment Group at Frankfurt Kurnit, representing clients in the film, television, digital, fashion, food, beauty, and sports industries.

Before joining Frankfurt Kurnit as an attorney, Ms. Brown was a paralegal in the Entertainment Group where she handled various transactional matters, including drafting and negotiating talent agreements, sponsorship/NIL agreements, production service agreements, development agreements and licenses. While in law school, Ms. Brown was a corporate summer associate at Paul, Weiss, Rifkind, Wharton & Garrison LLP, and King & Spalding LLP. She served as Vice President of the Penn Law Women’s Association and was Chair of the annual Dr. Sadie Alexander Conference.

Ms. Brown is a member of The She League, Inc. Board. She is admitted to practice in New York.